Last weekend during the #BeOurGuestEvent, we had the chance to speak to two women who are beautiful inside and out- Audra McDonald {Madame de Garderobe} and Gugu Mbatha-Raw {Plumette}. We sat down and chatted with them about what spoke to them about the movie, what it was like playing objects, and what they want viewers to take away from the film. Read on for more!

Can you share why you wanted to be a part of this film?

Gugu: Well, I was obsessed with the original Disney film. It came out when I was eight years old, I had the cassette tape, made my mom play in the car on the way to ballet and tap and modern, everyday.  I knew all the words to all the songs and it is still my favorite Disney movie so I had a very personal connection to it.  When my agent called and said they wanted me to play a part in this I squealed down the phone, so loudly. I think it was probably the biggest reaction to getting a job that I’ve ever had, because I think that little eight year old inside of me was just so excited and it sort of connects you back to growing up with Disney movies.  And then this cast is just phenomenal.

Audra: When I got the call I’d known that the movie was being made and I was excited about it. My agent called and he said, “So, Beauty and the Beast. So they want you to be in it.”  I was like, “Excuse me? That doesn’t make sense.” But, if Disney calls, I would sell churros at the park for them, you know what I mean? So of course, it’s Disney, you want to be a part of it, so it’s just an automatic yes.

Every time that you sang it lit up the scene.  What did you do as a child, what was your path?

Audra: A lot of it had to do with my parents and my mom. I was a really hyperactive child, struggling actually, and my parents were struggling with trying to figure out how to help me. I was an overdramatic child and having a hard time in school and whatnot. They went to the local dinner theater one night and saw a little junior troop that performed before the main musical and it was a group of kids. I loved to sing at home and all that stuff and I had all this extra energy and drama inside of me. And they said, “Maybe this is gonna help her.” So, I auditioned for that when I was nine years old and that set me on my path and so I really have my parents to thank for looking for something that would be right for me to express who I was and find a way to channel that energy. That’s what started me on my path. 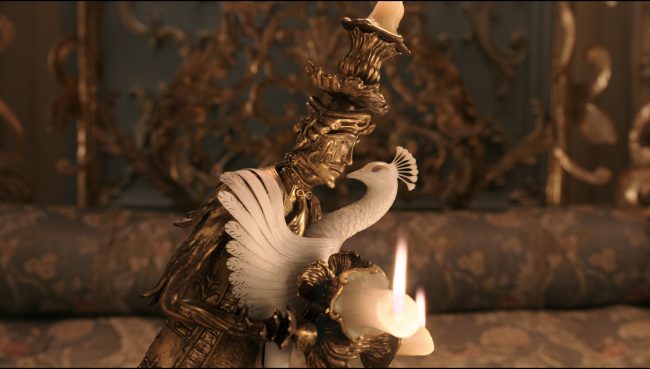 Can we talk about diversity in the film and what your characters are bringing to the twenty first century and your roles as a multi-cultural cast?

Gugu:  Yeah, I mean we’re all just bringing ourselves and [we’re] thrilled that Bill Condon, the Director, had the vision to make it such a diverse cast. It wasn’t really something we discussed, which is kind of cool in this day and age- it just sort of is. I’m sort of thrilled about it.

Audra: We got told that yesterday- someone was like, “So you’re the first and second interracial kisses in a Disney film,” or something like that, or close to one of the first., in live action. Gugu and I are like, “We are? Oh, okay, cool.” We didn’t even think about. Hopefully we’ll get to a day where no one hass to think about it. That’s what we’re aiming for. I’m pleased that Disney recognizes that you’ve got to represent the entire world out there. And that’s what they’re doing.

How was it different preparing for your role for the animated parts versus the regular parts?

Gugu: Well, for me it was just so liberating. I’ve never been offered a role like this before- I had come from doing some quite intense dramatic roles and the idea of playing a feather duster, I thought was so whimsical and fun.  But, also it’s a lot of vocal work in the recording studio and not just the singing but finding the voice of the character, working on the French accent with the dialect coach and also just really going back to that childhood thing of, “Let’s pretend.”  You’re not limited by your face and your body.

Audra: You have so much more freedom I think. As I say, it’s just play, really. I just found it incredibly liberating. Also, Bill Condon is such an incredible leader, and an amazing director. You feel very safe with him, so when you’re doing the vocal work especially for the characters, it’s just you, the recording engineers and Bill.  So Bill’s in there with you and he’s saying, “Okay, now try one like this.” He’s in there playing with you in a way. It’s truly just make believe. We had the time and the freedom to just explore and then they take that, they go and work with the CGI folks and then the CGI folks bring back something. And you can then put it on top of that, so it’s a real collaborative effort. It takes a village- it takes a massive village for this one. 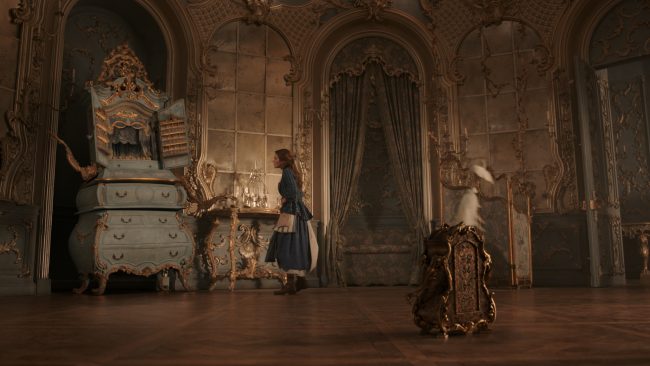 Can you guys talk about your costumes or make-up?

Gugu: Jacqueline [Durran], she’s done all of Joe Wright’s movies. She did Atonement, Anna Karenina- incredible costume designer. On my first costume fitting, she said, “Okay, would you like to meet your object?” In the room, they had the feather duster on a stand and I was kind of taken aback because Plumette is quite different to the feather duster Fifi, who’s more sort of mop-like, in the original. And I was pleasantly surprised to see that they made her into this flying dove-like, peacock, very dainty creation. In the costume fitting, we played around with the bird theme- I had a big tail feather on one of my costumes, a huge bustle which also worked with the period. And feathers- I had feathers in my hair- we played around with this sort of Marilyn Monroe style wig so it was kind of fun for me to blonde which is just so outrageous and audacious.We had feathers in my hair and so it was really just sort of channeling a mixture of that playful flirty Marilyn thing with feathers.

Audra: We both got to be blonde. With the wardrobe, the dress was so large that I couldn’t walk in any regular door to get to set, I had to walk sideways and scrunch. Once she’s transformed into the wardrobe, the top of the wardrobe if you notice is her wig. You couldn’t even see them but this is the detail that Disney pays attention to- the shoes that I wore were the feet of the wardrobe, so if you’d actually seen my shoes, they curled up into the exact way that the legs of the wardrobe did. Even within the design of our make up, all of it is echoed in our objects.

Because the wig was literally two feet off of my head and so heavy and the dress was so big, not only could I not sit down but I could not hold my head up for long periods of time. So, the set carpenters built me a lean-to. So I could just perch on that and lean back like that between takes, because it was also enormous.

What are you hoping audiences take away from seeing this film?

Gugu: I hope that people will get swept up in the romance, and the music is just so iconic. And I love the message that beauty is found within- it’s an oldie but a goodie. I think really for this film, the idea to look a little deeper, see the human within each and every person- even if the exterior is something that intimidates you or you’re not familiar with. There’s always a human underneath it all, and I think to try to connect to somebody’s soul is really important.

Audra: Love conquers all, love wins. And it’s not about just giving the love but loving yourself, too. I think that’s what’s so important. And realizing that what you have inside of you is most important and that the outside doesn’t necessarily matter. And I’m sure that’s what people are going to take away from this. 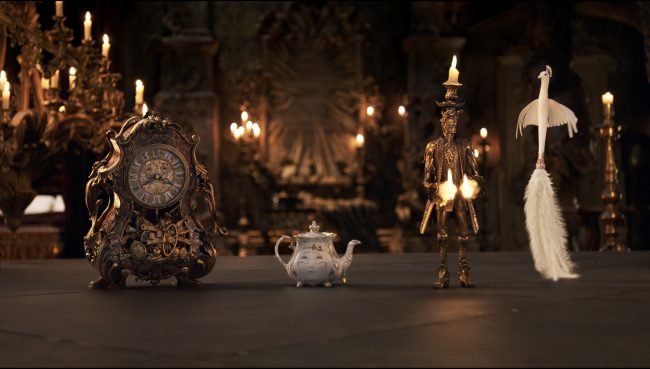 What was it like to actually see everything come together?

Audra: I saw it at the London premiere and I was so shocked at how moved I was. I really felt that I was watching it as a general audience member, not someone who had been in a part of the film. I hate watching myself on film or on screen at all and with this I felt completely removed from it. I didn’t really see myself up there, I was just in the world and I was weeping at the end and I was like, “I was there, I was in the scene. Why am I crying so much?” You get swept up, you get absolutely swept up. 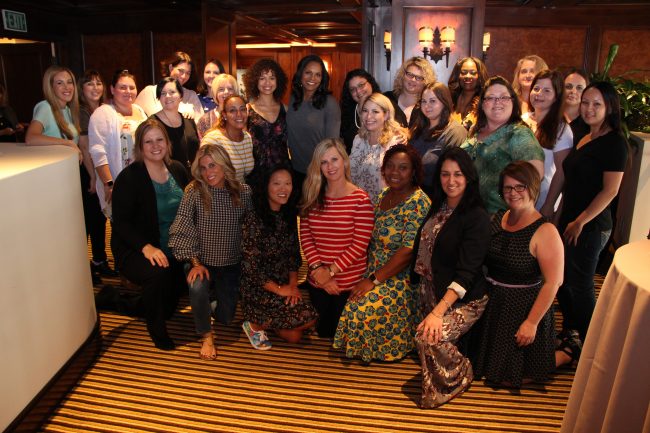