In our house, there’s a lot of dancing. We dance to cheer each other {and ourselves} up, to exercise, and just to have fun! In fact, one of Zac’s first words was “dancing”, and he often tells me he’s dancing when a new song comes on the radio in the car.

One of our favorite dance activities is spending time together playing Just Dance video games. We have several of them for our XBox 360 and it’s such a great way to get the kids moving- and burning some energy! When we saw that there was a new Just Dance- Just Dance: Disney Party 2- Shane quickly added it to the top of his Christmas wishlist. I had every intention of putting it under the tree but I couldn’t wait any more- I was too excited! I gave it to him early and he was so excited!

While we all play the regular Just Dance games together, the Disney Party ones are so much fun because they have songs the kids know. This one is really cool because it features songs from our favorite Disney Channel shows and movies, including The Descendants, Austin & Ally, Girl Meets World, and more! 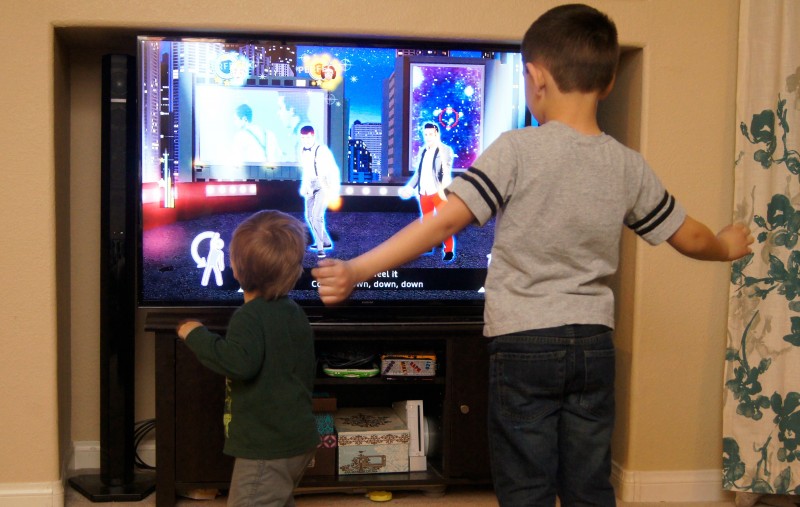 My kids had a blast with so many different songs but their favorite one to dance to was “Take on the World” from Girl Meets World. We all danced it together so many times I think I could do it without the instructions! Their other favorite was “Can You Feel It”, from Austin & Ally, and Shane actually requested that we just leave that song playing even when we were done playing the game. I personally liked a lot of the ones from The Descendants, since they are fun remakes of songs from my favorite {older} Disney movies. This game really has something for everyone!

You can find Just Dance: Disney Party 2 for Xbox One, Xbox 360, and Nintendo’s Wii and Wii U systems available now. You can also learn more about the game here!

Do you have a Disney Channel fan in your life- or something who wants to Just Dance?

I was selected for this opportunity as a member of Clever Girls and the content and opinions expressed here are all my own.