There’s always something magical about seeing a new movie at the world premiere- being one of the first in the world to see it and sitting in the same audience as the stars from the film is such an honor. But the premiere of Disney’s The Nutcracker and the Four Realms was especially magical- which was in line with the film itself!

All of the pre-parties I’ve been to for Disney movies have been held on Hollywood Blvd., so it was a fun change having it be in the Ray Dolby Ballroom, where I attended the after party for Solo a few months ago. The ballroom looked completely different than the last time I was there- the walls were covered in stars, making it look like we were celebrating under the night sky! There were fun activities everywhere, and of course, delicious food. 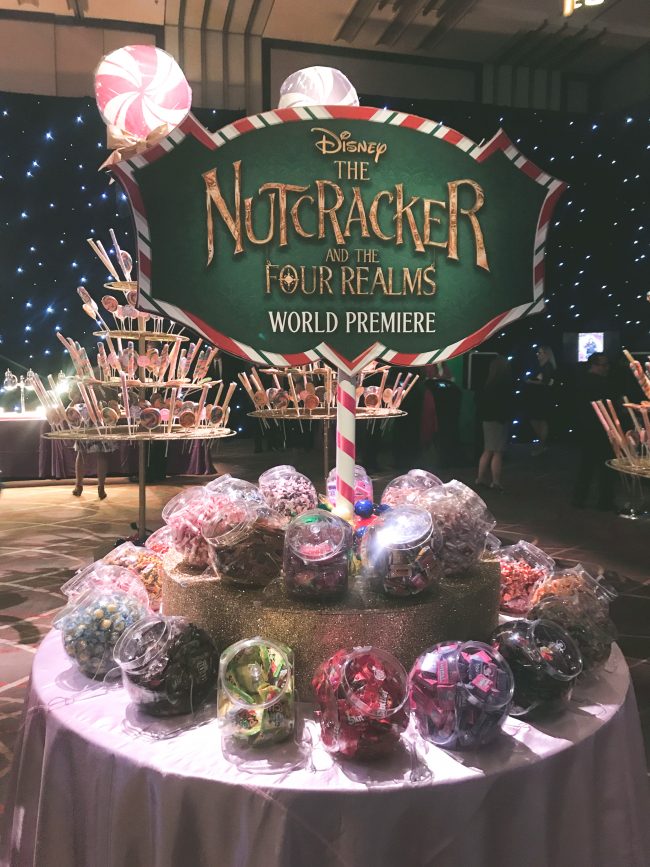 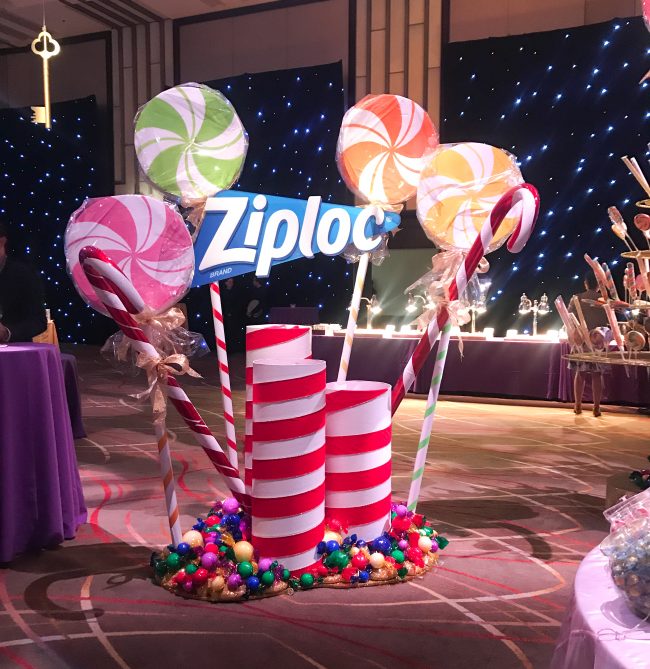 The film is about Clara’s journey through, of course, the Four Realms, and the pre-party for the film kept those realms in mind. The realms were represented at the party, with a DIY Snowglobe station representing the Land of Snowflakes, a candy bar representing the Land of Sweets, stilt walkers wearing and holding flowers to represent the Land of Flowers- and the fourth realm? Well, we don’t talk about the fourth realm, but there was a big nod to it right in the center of the party. {You’ll know what I mean when you see the film!} 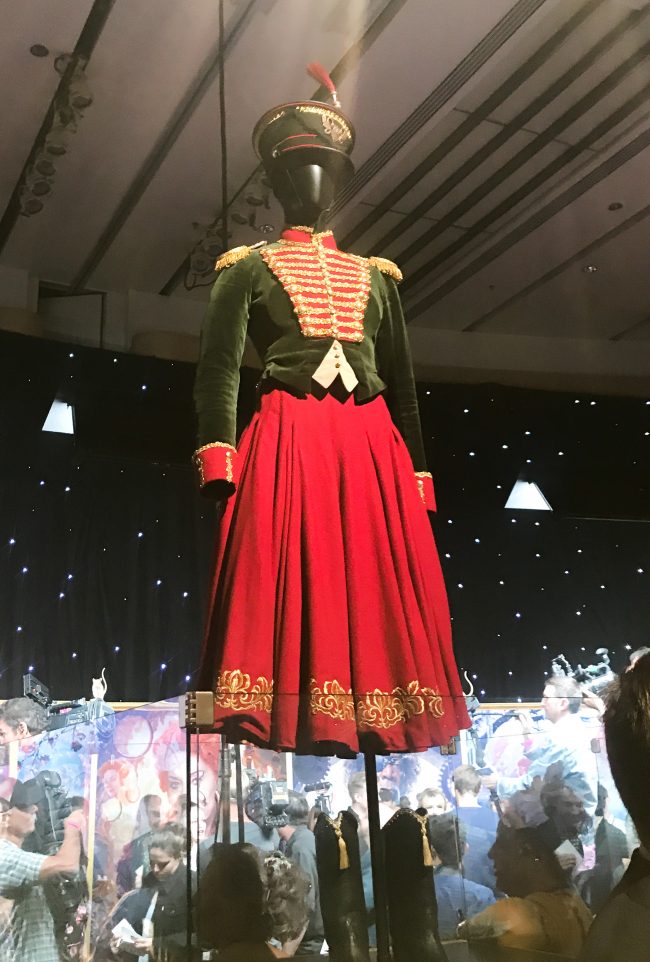 They had several of the costumes from the movie on display- and these were the actual costumes worn by the actors in the movie! I loved them all, including the soldier costume worn by Clara {Mackenzie Foy}, the elaborate dress worn by Mother Ginger {Helen Mirren}, the Nutcracker costume worn by Phillip {Jayden Fowora-Knight}- but my absolute favorite had to be the Sugar Plum dress worn by Kiera Knightley!

There were so many fun things to do at the pre-party that it went by in a flash. Before I knew it, it was time to walk over to the El Capitan theatre for the movie to begin! There I spotted a couple of famous faces, like Michael Fishman, Aubrey Anderson-Emmons, and Misty Copeland! Then it was time to take my seat and watch The Nutcracker and the Four Realms- look for my review of this new holiday classic tomorrow!

When Clara finds herself in a strange and mysterious parallel world that’s home to Land of Snowflakes, Land of Flowers and Land of Sweets, she must brave the ominous Fourth Realm and its ruling tyrant, Mother Ginger, to return harmony to the unstable world.

Do you have your tickets for The Nutcracker and the Four Realms yet? It comes out TOMORROW, November 2nd! Be sure to keep an eye out here in the coming days as I share my review and even some exclusive interviews with Mackenzie Foy {Clara} and Misty Copeland {the ballerina}!