As of today, Cars 3 is finally in theaters! My kids have been excited to see it for months now- even though they had never seen the first two movies. I know, I’m not sure how they hadn’t seen them either! I had actually seen the first one dozens of times before I even had kids because it used to play on repeat at the office I used to work at. Even though my kiddos hadn’t seen the movies they knew a lot about the characters from visiting Cars Land at Disneyland, and this week, we finally watched Cars together as well as Cars 2, which was new to all of us! Now we’re all caught up and we can’t wait to go see Cars 3! 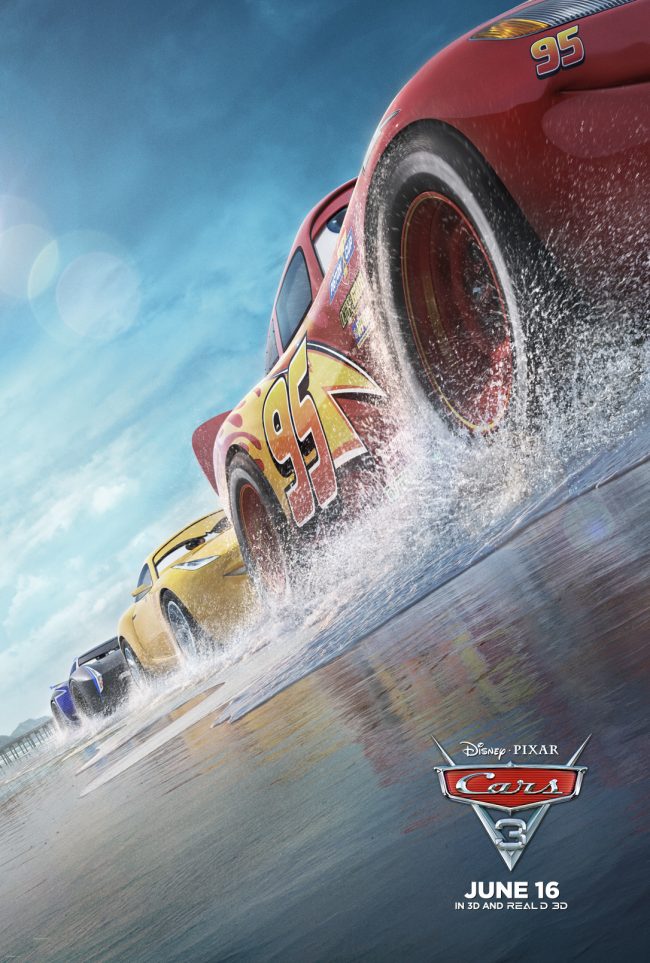 Blindsided by a new generation of blazing-fast racers, the legendary Lightning McQueen (voice of Owen Wilson) is suddenly pushed out of the sport he loves. To get back in the game, he will need the help of an eager young race technician, Cruz Ramirez (voice of Cristela Alonzo), with her own plan to win, plus inspiration from the late Fabulous Hudson Hornet and a few unexpected turns. Proving that #95 isn’t through yet will test the heart of a champion on Piston Cup Racing’s biggest stage!

We haven’t seen Cars 3 yet but the boys are so excited to go see it! They have little colds right now so while we’re trying to see it this weekend, we’re keeping busy in the meantime with these fun activity sheets. Click on the photo below {or right here} to download activities like a “Race to the Finish” board game, a maze, a memory game, and more!

My kids have been having fun with the Spot the Difference game and are asking me if we can make our own race course this weekend! I also think those corn fritters sound delicious.

We even made Lightning McQueen Donuts the other day- I baked chocolate donuts and made a chocolate glaze, and then topped them off with lightening bolt sprinkles! You can make these too- I used this easy recipe, this donut pan, and these sprinkles.