So a few weeks ago {August 13, to be exact} was both Shane’s farm-themed birthday party AND his actual birthday! My little dude turned 2 & I have a TON of photos to prove it.

The party was so much fun and we had a lot of our closest friends and family with us to celebrate the big day! I’ll be sharing photos of the party itself in a later post but for today, I wanted to share the party setup & the food!

While this isn’t an edible portion, this Welcome sign & the farm animals in front of it welcomed everyone to the party! They hung out on the beverage table.

I made my own water bottle labels with cute little cows on them! Shane has a toy cow that he carries around with him everywhere so it seemed fitting.

I sliced up lemons & strawberries and put it in pitchers of lemonade flavored to match. Who doesn’t love strawberry lemonade?

For a little extra “down on the farm” touch, I poured individual glasses of lemonade into mason jars, all with additional slices of fruit & straws to match!

It’s not a farm party without a bushel of apples! 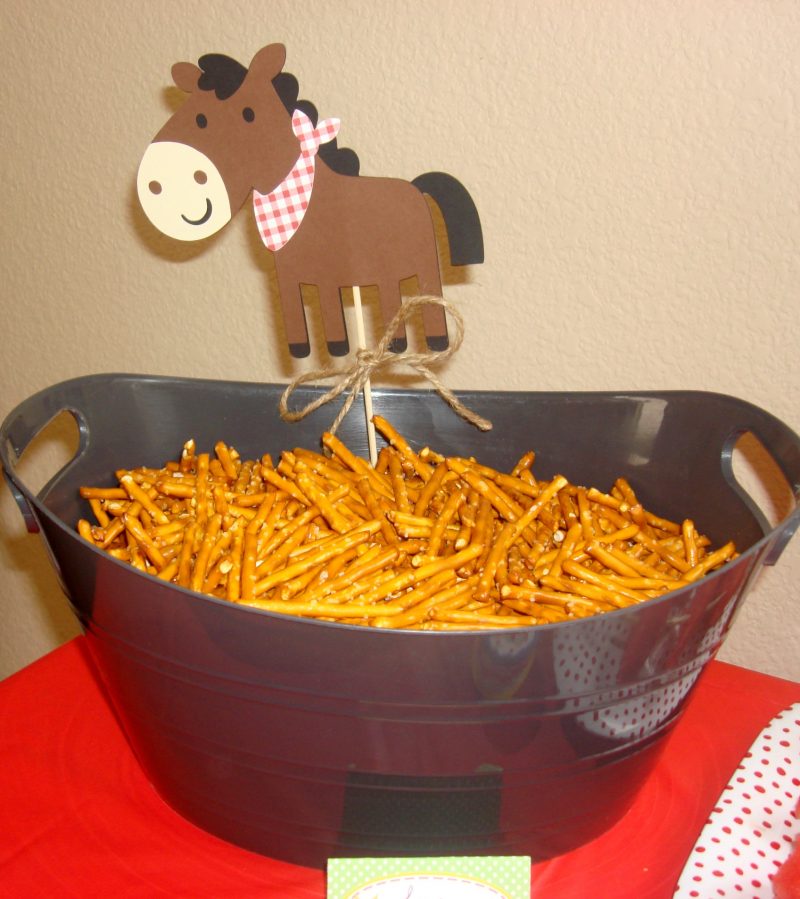 For a snack we had “hay”, which was really just some pretzel sticks with a horse decoration. {Get it? Because hay is for horses.} 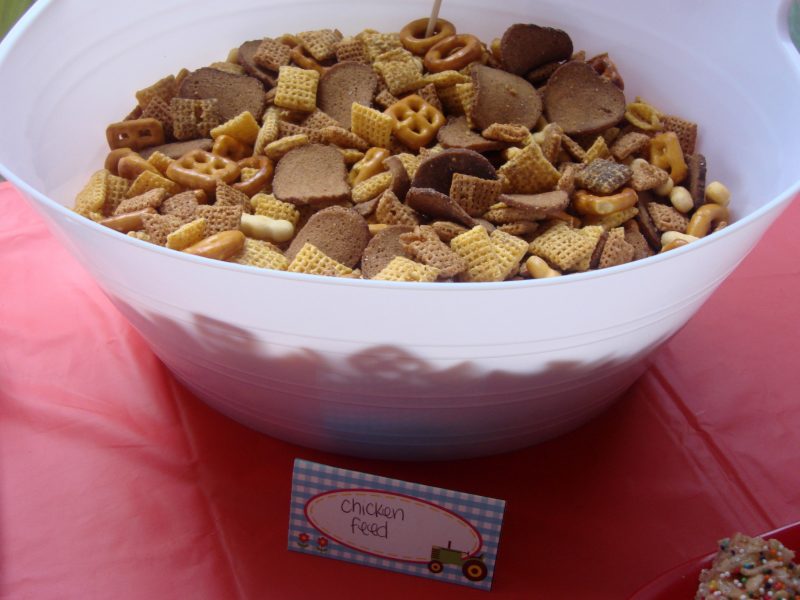 &Another snack- party mix, or as it was labeled, “Chicken Feed”.

We had a candy jar full of lemon candy…

and one with old-fashioned rock candy!

We had two plates of watermelon kabobs- these went FAST! Watermelon has always been one of Shane’s favorite foods so we made sure to get him one before they ran out!

For a main entree we bought some pinwheels- they were SO good.

For a treat, we had Birthday Cake Rice Krispies Treats {Recipe}

We knew we were going to have too many guests to feed with just one cake so my mom made 2 dozen cupcakes, too! Plus, it gave everyone a choice.

So now, what about the CAKE??

Sadly we didn’t get a GOOD photo of it before it was devoured, but to give you an idea:

My mom made it & it was seriously too cute to eat… but I had 40 people in my living room expecting cake and so, of course, I had to cut it up. It’s hard to tell but the “dirt” path the farmer is standing on is a hill, and the trail is made of cookie crumbs. The fence goes all the way around it & is made from stick pretzels, and the grass, the mud puddle the pig is playing in & the pond the duck is swimming in are made from colored frosting. The horse, cow, sheep, pig & farmer are from Shane’s Little People Animal Sounds Farm, which is his favorite toy {we got it for his first birthday} and was the inspiration for the farm-themed party in the first place.

That’s it for the food- don’t miss the next post in the series in a few days! 🙂