Around here, we have a lot of family movie nights- in fact, we aim to have one every week. One of our biggest must-haves during movie night? Popcorn!

Since we have family night so often, the same old popcorn can get boring. Sometimes I like to switch it up and recently we had the chance to try some new flavors from Popcornopolis and they have amped up our movie night snacks to a new level!

Popcornopolis just came out with the Zebra line- named as such because they’re drizzled with chocolate! They come in several varieties, including: 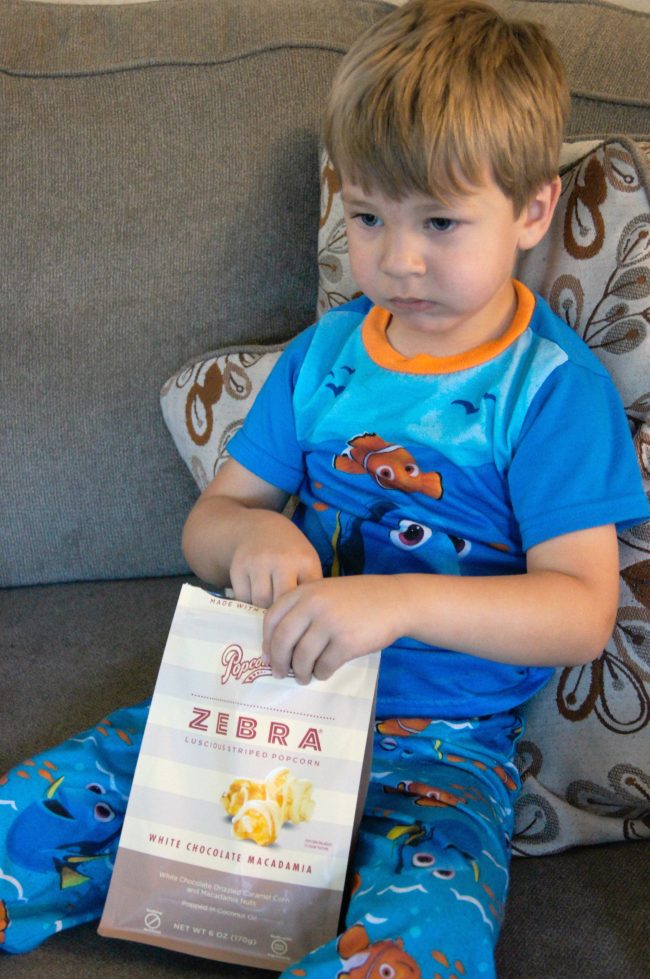 I love that they have something for everyone- the kids gobbled down the Chocolate Stripe immediately, Justin went straight for the Chocolate Peanut Butter, and I went for the White Chocolate Macadamia and the Chocolate Candy Cane! The bags have quite a few servings in them so they’re perfect for sharing or just for saving to enjoy another night! They stay fresh in the pantry even once they’ve been opened- which can sometimes be an issue with popcorn- so that was a nice surprise. 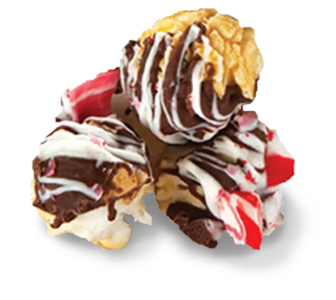 You can find the Popcornopolis Zebra Line in a store near you, including:

You can also purchase the new flavors on the Popcornopolis website here! 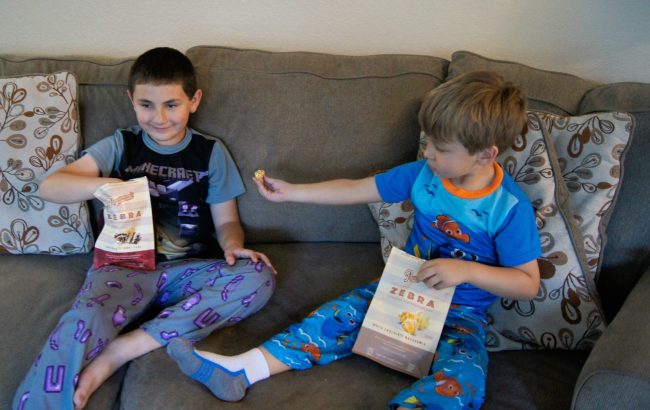 One lucky reader will win the entire set of flavors from the new Zebra line! To enter, just use the simple form below. Good luck!