Thank you Inspirada for sponsoring this conversation.

As our boys get older, it seems like our house gets smaller. Next month it’ll be our six year anniversary of living in our home, and while it’s been a great house for us to raise our young children in- we’re ready for our house to get bigger, just like our kids have done. We really like the idea of living in a master-planned community and have been looking at houses in a few of them lately- and we fell in love with Inspirada!

Inspirada is a thriving master-planned community with 5 national builders, located 15 minutes from the Las Vegas Strip in Henderson, Nevada. It’s just on the other side of town from where we live now, but in a way it feels like somewhere in another state. It’s not that it’s too far- it’s actually in a great location, the perfect distance to The Strip and with a great view. It just feels different because it has such a deep community feel to it! Everywhere we looked, there were people outside, whether they were exercising, playing at the park, walking their dogs, or just saying hello to neighbors. There are four parks {Solista, Capriola, Potenza and Aventura- and of course, the boys wanted to check all of them out}, and the community even has it’s own coffee shop called Jolly Beans Cafe and it’s own pet supply store called Central Bark!

We started our day off by touring some model homes, and let me tell you- it was love at first sight. I mean that literally- we fell in love with the first model home that we toured, and we loved it so much that Shane is still referring to it by the name of the floor plan a week later. {I mean, seriously, look at that kitchen.} Every home that we walked into was absolutely beautiful! 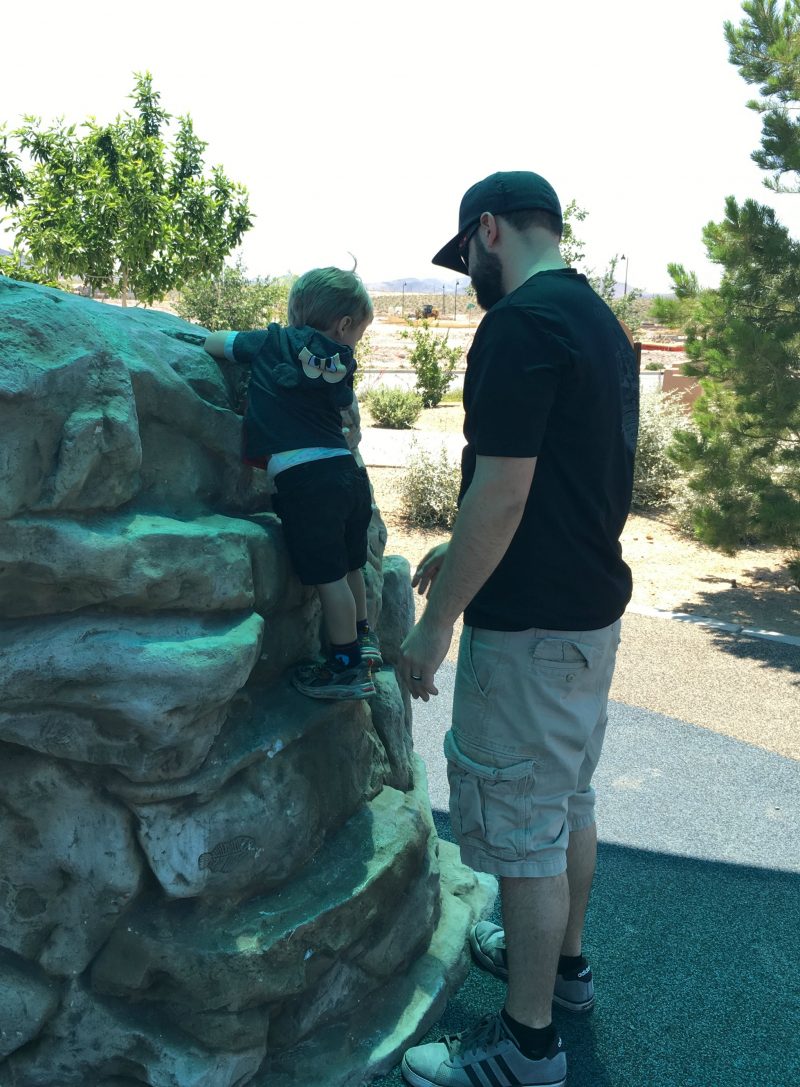 Of course, we had to reward the boys by stopping at not just one but two of the parks! The first one we stopped at had a huge slide that both boys were eager to go on. It also had a splash pad, but we didn’t have our bathing suits or towels so we had to take a rain check. The boys haven’t let me forget about it though, so we’ll be heading back soon!

The second park had some of the coolest playground equipment I’ve ever seen. I don’t even know how to describe some of it because I’ve never seen it before! The biggest hit for my boys was the giant circle with chain ropes all around that spun around. There were some other kids at the park and they all took turns sitting on the seat and helping to spin the seat. They also loved the swings- something our usual park doesn’t actually have. 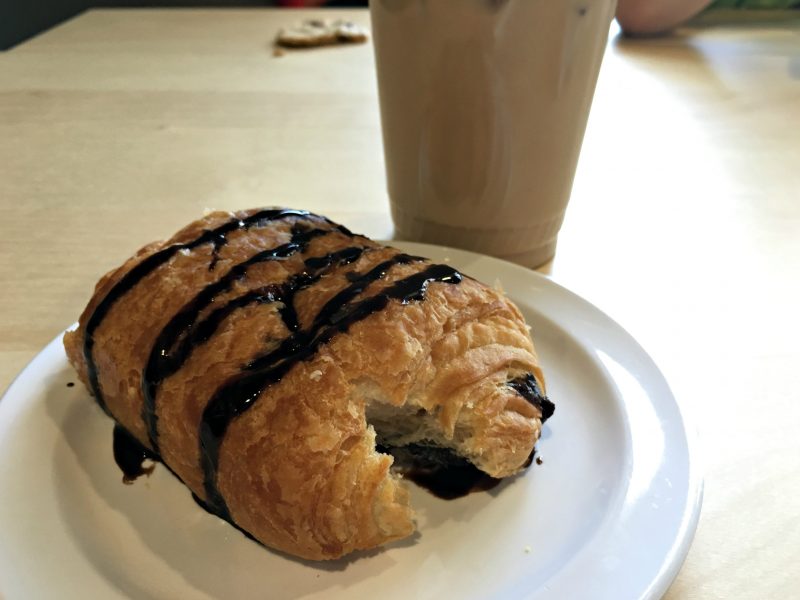 After the kids were all played out we headed to Jolly Beans Cafe, which was kind of a combination of a cafe & a clubhouse. They had a full menu of sandwiches, coffee and pastries, and we all stopped to have a snack. They had huge tables where you could meet neighbors and friends for coffee, as well as a stash of board games and even books to read. I could really see myself hanging out there or even taking a laptop there to get some work done! Oh, and my chocolate croissant? Amazing- though I only got one bite because everyone wanted a piece of it!

Of course, I couldn’t pass up a trip to a shop with a cute name like Central Bark, so we went next door from Jolly Beans Cafe to the pet supply store. They had some really great dog food brands and a lot of fun toys- the boys had fun choosing a special toy for Bella Notte!

If you’ve been thinking about buying a house in Las Vegas, be sure to check out the Inspirada community. They have a lot of different developments to suit all different needs and the community itself is just beautiful. With four parks, a neighborhood coffee shop and even a neighborhood pet supply store, you can tell that Inspirada is focused on making the whole family happy! {If you’re a Las Vegas local and you aren’t in the market for a house, still check out the parks!} You can find out more about the community at Inspirada.com.