I always make sure to get to the movies early because I love previews. {Roughly fourteen minutes of pretending to be a movie critic and trying to convince my husband to play the “thumbs up, thumbs down” game? Fun every time.} When it’s a Disney or Disney/Pixar movie though I am even more excited because in addition to the previews, we always get treated to a great short film! 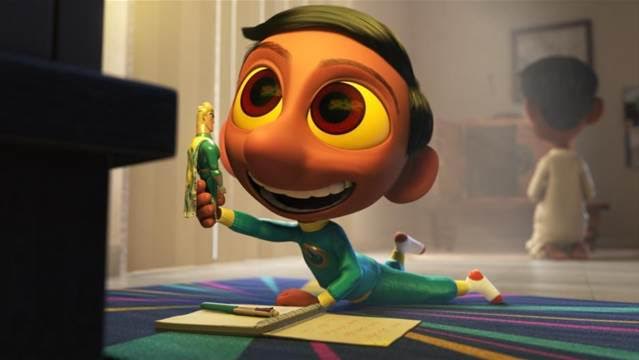 The Good Dinosaur, hitting theaters on Thanksgiving, is no exception. I was able to see the new short Sanjay’s Super Team on my trip to San Francisco last month and it was a visual feast. Here’s what the short is about:

In “Sanjay’s Super Team,” the new short film from Pixar Animation Studios, accomplished artist Sanjay Patel uses his own experience to tell the story of a young, first-generation Indian-American boy whose love for western pop culture comes into conflict with his father’s traditions. Sanjay is absorbed in the world of cartoons and comics, while his father tries to draw him into the traditions of his Hindu practice. Tedium and reluctance quickly turn into an awe-inspiring adventure as the boy embarks on a journey he never imagined, returning with a new perspective that they can both embrace.

The short was so cool to watch because there was basically animation-within-animation, since it involved Sanjay’s cartoons. Seeing two different animation styles in the same short was really interesting to see, and the colors were absolutely magnificent! 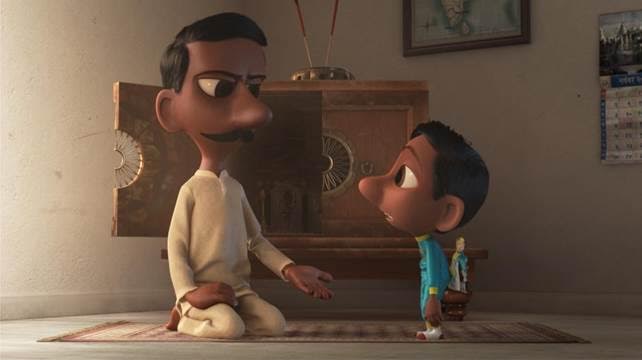 I have a boy around Sanjay’s age, so I loved watching the bond between the father and son in the short. The short was created and directed by Sanjay Patel who based it {very loosely- you’ll know why I say that when you see the short} on his own childhood. Hearing his story about creating the short and sharing it with his dad was so touching! 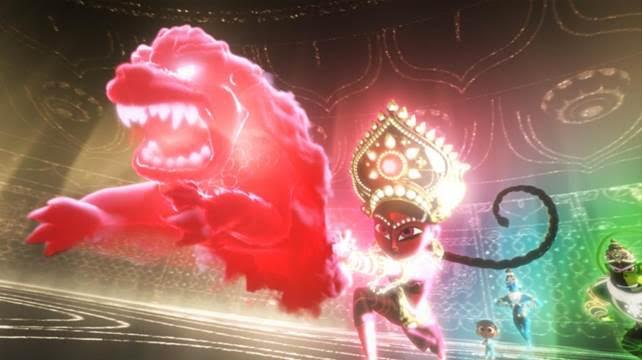 You can watch the trailer for “Sanjay’s Super Team” below- and be sure to get to the theater early to catch it playing before The Good Dinosaur, in theaters on Thanksgiving {November 25th}!