In August, he went to school for the first time.

In October, December, and May, he performed with his class and faced his stage fright head on.

In January, he became a big brother. 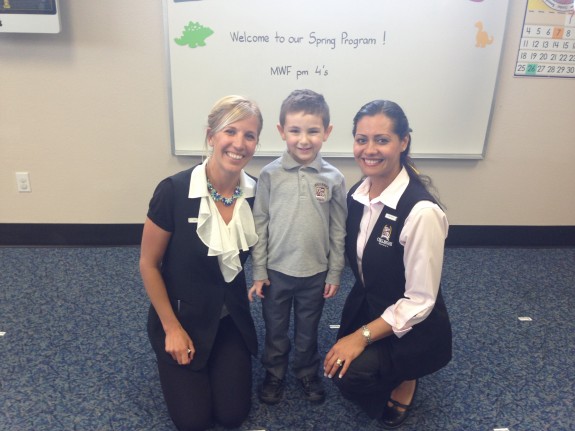 In June, he graduated from preschool and became a kindergartener!

He’s had a lot of huge moments this year, but what makes him special isn’t just the big stuff. It’s the little things- like the way he tries to soothe his brother the moment he starts crying, or when I find that he’s sounded out our names on his own to create profiles for us in his new app. While we always celebrate the big moments, we make sure to recognize the small things, too- the moments that maybe only a parent would see.

A lot of time and attention has been spent on Zac lately, so we always try to remind Shane that he is still just as important and loved as the baby. One of the ways that I wanted to show him was by making a video on the Stanford Children’s Health website, where you can easily create a customized video with just a few clicks! Here’s the one I made for Shane!

You, too, can share your love, hope and pride for your extraordinary kid by creating a personalized video that captures what makes them one-of-a-kind. There are a few prompts, and you can choose your favorite photos from your computer to instantly make a sweet video just for your child{ren}. You can even share it easily on your social networks!

What are some of the little ways you show your children that you love them?

I was selected for this opportunity as a member of Clever Girls Collective and the content and opinions expressed here are all my own.