On Monday, Shane went to school for the first time ever! 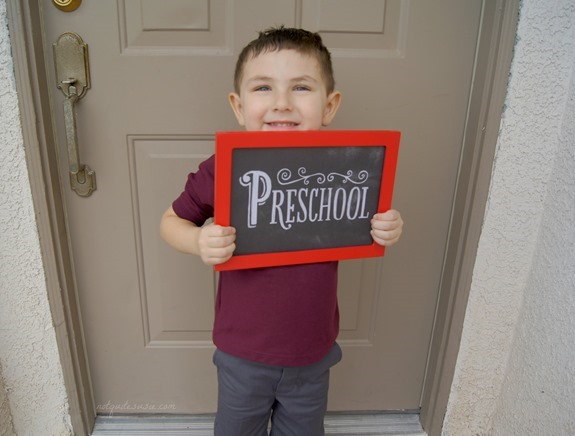 He’s been very excited all summer- well at least, since we visited his school & he discovered his classroom would have toys & that there was a playground! All summer he’s been telling people that after he turned 4, he’d get to go to school. So naturally, since turning 4 two weeks ago he’s been asking nonstop about it. Monday was finally the big day!

He has a couple of friends from outside of school that are in his class so he’s really happy about that. One of them is my friend’s adorable daughter Lilly! Shane told me he sat next to her at school on Monday, but that he also made “all the friends that were there”.

When we picked him up, he hopped into the car & couldn’t stop gushing about his first day! He told us that he had a snack- “They were the crackers from my Lunchables, but they had sugar on them & they tasted different” {I’m assuming he means salt}, he was SO excited that they played “bridge game” since he fell in love with it at orientation Friday, and he told us that he only had a few minutes to play & then it was “teaching time”. He seemed to really understand everything, and I was able to clearly picture his whole day. &He couldn’t WAIT to go back today! 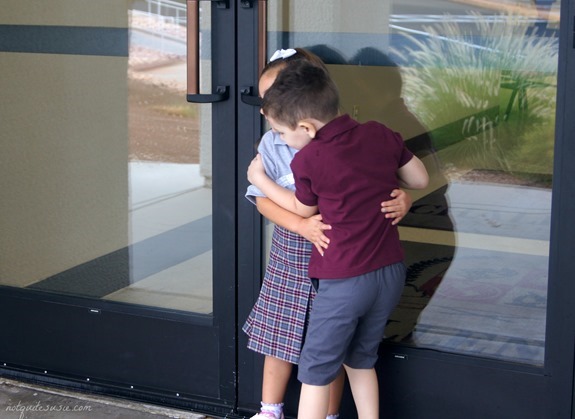 I hope your kiddos have {or had} a great first day of school!