Disney is providing the prize to the winner & also covered my travel expenses for the #LittleMermaidEvent & #DisneyPlanesPremiere event. All opinions are my own.

You may have noticed by now that I’m a bit of a Disney fan. We get just about every Disney movie that comes out, and so I’m so excited for the next few months when a ton of classics are coming to Blu-ray for the first time {as well as a brand new Buddies movie}! If you’re a Disney collector like I am, you don’t want to miss this amazing prize pack courtesy of Disney that includes SEVEN Blu-ray movies! Check out what’s included: 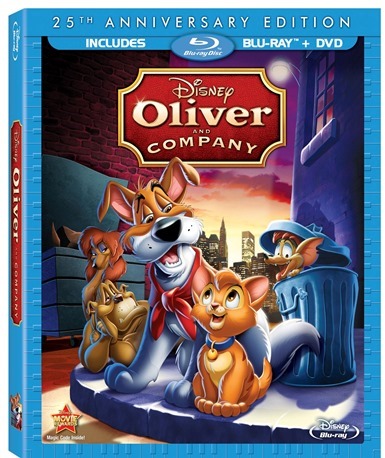 Celebrate the 25th anniversary of a Disney classic with the stunning Blu-ray debut of Oliver And Company, featuring perfect picture and sound. Relive this charming animated adventure, packed with excitement, fun and unforgettable songs by Billy Joel, Bette Midler and Huey Lewis.

In the heart of New York City, Oliver, a mischievous orphaned kitten, is befriended by Dodger, a carefree pooch and his ragtag family of misfit mutts. Life gets even better for Oliver when he is adopted by a lonely little girl named Jenny. But when tough guy Sykes and his Doberman sidekicks try to keep Jenny and Oliver apart, the spirited kitten and his newfound friends discover the meaning of courage and find a home where they truly belong. 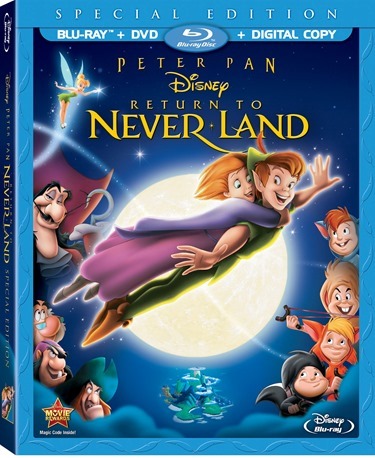 Let your imagination soar as your favorite characters from Peter Pan, Disney’s classic adventure, return to Never Land! Now, for the first time through the magic of Blu-ray, experience all the thrilling action with digitally restored picture and spine-tingling high-definition sound!

Wendy’s very practical and no-nonsense daughter, Jane, begins the adventure of a lifetime when the infamous Captain Hook whisks her away to the enchanted island of Never Land. It’s up to Peter Pan, Tinker Bell and the Lost Boys to help Jane believe in faith, trust and pixie dust. With the first-ever Lost Girl at his side, will Peter Pan finally defeat Hook and his swashbuckling band of pirates?

To commemorate its 40th anniversary, Disney proudly presents the unforgettable animated classic Robin Hood on Blu-ray for the first time ever. Experience all the fun, thrills and celebrated music (Academy Award® Nominated Music for Best Original Song “Love” in 1973) of this legendary adventure with perfect picture and sound!

Join Robin Hood, his trusted companion Little John and his hilarious band of Merry Men as they outfox greedy Prince John to save the good people of Nottingham. Dashing from one daring deed to the next, Robin won’t rest until he wins the hand of Maid Marian and restores King Richard to the throne. One of Disney’s most beloved movies is even better on Blu-ray Combo Pack!

An ordinary day at Fernfield Farms turns extraordinary when Budderball, Mudbud, B-Dawg, Buddha and Rosebud discover mysterious rings that grant them each a unique super power. Before you can say, “Buddies, assemble,” the pups unleash their amazing abilities and race to the rescue when a shape-shifting bully from outer space threatens the planet. But can they succeed in kicking major tail without revealing their new secret identities?

A must-own movie event packed with laughter, action and incredible new characters, ‘SUPER BUDDIES’ proves when you use your wits and work together, you don’t need super powers to be a super hero! 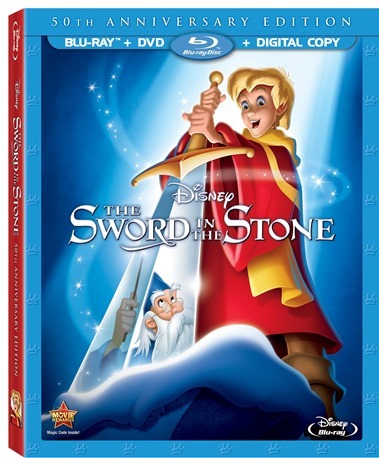 Disney proudly presents the 50th anniversary edition of a spellbinding and beloved animated classic. Conjure up magical family fun with the humor, adventure and Academy Award®-nominated music (Best Score – Adaptation or Treatment, 1963) of The Sword In The Stone – now on Blu-ray Combo Pack for the first time ever!

Take an amazing journey with a young orphan named “Wart” and the extraordinary wizard Merlin. According to legend, only someone with the purest character and inner strength can pull the enchanted sword from the stone and claim the throne of England. Armed with newfound confidence and the power of friendship, Wart discovers his destiny and learns the best magic is the kind you find inside yourself! 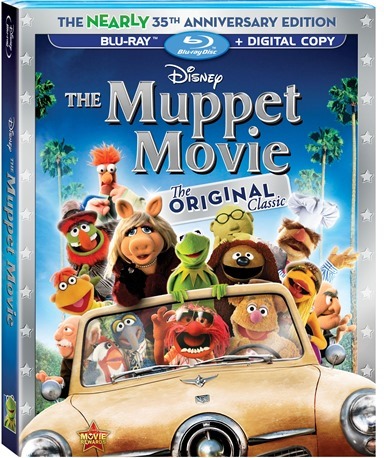 See how the Muppets began, with the nearly 35th Anniversary Special Edition of the original, classic that started it all—The Muppet Movie, produced by the cultural icon and Muppet creator himself, Jim Henson! Witness the hilarious origins of everyone’s favorite Muppets–Kermit the Frog, Fozzie Bear, Miss Piggy, Gonzo, Animal, and the rest—as they embark on an inspirational and laugh-filled road trip to follow their Hollywood dreams. And now for the first time, you and your family can see the Muppets make the “rainbow connection” in vibrant Blu-ray Hi-Def.

Bring home the story of the Muppets’ rise to stardom on hi-def for the first time ever, complete with all-new bonus and the non-stop entertainment of Disney Intermission. Experience the beloved Muppet classic like never before on Hi-Def Blu-ray and Digital, August 13, 2013.

If you’re ready to add some great movies to your collection, be sure to click on to enter using the simple form below. Good luck!